This article was originally published in Greek on January 3, 2018. By Leon Kokotas, translated by PK, FT.

In Iran, dissatisfaction and protests have a social, political and cultural basis.

But wasn’t this also the case in the protests, strikes and mobilizations against Mossadeqh about 60 years ago? The British embargo on Anglo-Iranian shattered the Iranian economy, and the reform that redistributed the land drove the mullahs who controlled the evkafs out in the streets against the nationalist government. The coup d’état was organized abroad, but it had a popular grassroots basis at home.

Every time we see people out in the streets, we ought to examine “in the name of whom» they are doing that (let us remember Marx here), that is, under which political program they mobilize, lest we find ourselves in the unpleasant situation of supporting the enemy’s army.

Social struggles are politicallyrepresented and mediated. This was also true in pre-modern societies (ie The Fronde Revolt), when the revolts of the subordinates sought a political home and a political program under the wing of various rulers.

Unlike Hungary in 1956, Iran and its rebels do not need the Petofi Circle, Radio Liberty, Radio Free Europe, Karl Polanyi, the Independent Small Holders Party, the Wehrmacht veterans, the nationalists, the Catholic Church or the periodical editions of the «Congress for the Cultural Freedom» to revolt. They have a political plan: to overthrow the Iranian government and to crush the Shiite Crescent, while some among them are nostalgic for the monarchy and want to restore it.

There is a political staff to overthrow the Iranian regime inside and outside Iran. The leadership of the PJAK (the Iranian PKK) was able to travel to the United States while the party was officially considered a terrorist organization. The «Mujahideen of the People», a family-owned organization and a pet of the French and American governments for decades, have a political program to overthrow the Iranian government and restore democracy and the market economy in Iran. This is what they write, at least. They have maintained social and political networks within the country, and this is the only explanation for the military operations that have been carried out for years in Iran by Israel. I am referring to the murders of nuclear scientists and prominent personalities of the Iranian state inside and outside the country, undermining the country’s infrastructure and finally undermining the nuclear program itself.

Wikileaks and various US think-tanks are teeming with analyses regarding the overthrow of the regime in Iran. The proposed plan looks very much like the one devised and implemented in the case of Syria. A protest movement that turns into an armed insurrection and is completed with a coup and / or a military intervention.

One can only burst into laughter hearing that the Iranian opposition, itself being a family affair, will somehow bring democracy to a country of 80 million people. I think this is an even better joke than the al-Nusra feminists in Aleppo or the Queer Brigade that is supposed to be fighting in Rojava.

One should take a moment and think about what is keeping the US Army out of North Korea. Is it the anti-war movement? Is it the political power of the forces of socialism from below? Or is it the nuclear power of the country and the political cost of a retaliation strike;

The Islamic Revolution (whether we agree with it or not) revived anti-imperialism in the Middle East in the 1980s. It was Hizbullah that drove the Americans out of Lebanon, and it was the example of Iran of the Islamic Revolution that revived the Palestinian struggle after the defeat of Arab nationalism (1967 and 1973) and the capitulation of Egypt. Iran historically has a score to settle with the US and Israel, a score that has been magnified with the «Shiite Crescent» and the war in Syria.

The Iranian elite are faced with the problem that China solved. They are interested in solving this problem in the way China did, avoiding undesired turbulence and keeping a potentianl regime change at bay. They want to transform the country’s productive model into a market economy that respects the Islamic rules (or some of them, there are such Islamic democracies) without having to dissolve the state and the patronage system that keeps them in power. This task does not just mean privatization, it means integration into the international system, relations with the international financial capital and good relations with the US. Although China solved this problem through the Sino-American approach, before the reforms, and managed to do so with the old elite maintaining political control, the future seems bleak for Iran, due to its relations with the United States, especially after its involvement in Syria.

Therefore, Iran remains a revisionist power in the international arena and this is a pleasant situation since its presence in the Middle East prevents the United States and Israel from turning the entire area into their playground.

Any overthrow of this situation will mean that the working people in Iran will face consequences similar to what the Russian working people faced after the restoration of capitalism in Russia. The country will be carved up and colonized, and political freedoms will be similar to the ones in Yeltsin’s Russia, Saakashvili’s Georgia and Poroshenko’s Ukraine. Syria and Hizbullah will fall and the Middle East will become an «American-Israeli mare nostrum”.

In Iran, we are confronted with the attempt of an «orange revolution», a kind of revolution that the Left needs to oppose, while at the same time assuming no responsibility of giving political support to a regime that is not ours.

The case of the revolution has objective conditions. The most important is shaking the international balance, or to put it differently that imperialism “crashes the boat onto the reef”. If imperialism constantly wins, if it manages to impose its political program and achieve the regime changes it pursues, I really do not know whether there will be anybody left who still thinks about the possibility of a collective labor agreement. 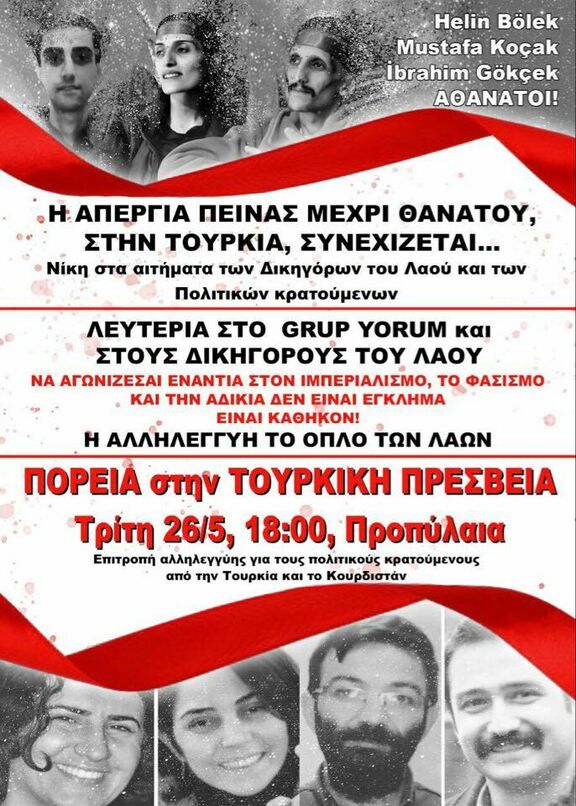