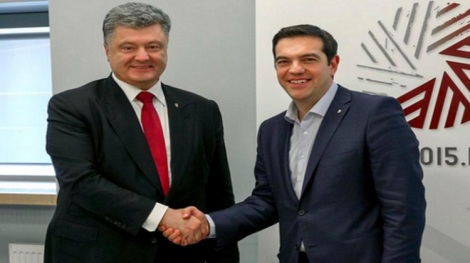 Photo from a past meeting between Poroshenko and Tsipras

After the total disgrace of inviting wounded fascists from the Ukrainian National Guard and providing them with medical care in Greek public hospitals, the Greek government extends once more a helping hand to the reactionary regime of Kiev. On November 9, the government brought the association agreement between the EU and Ukraine to the Standing Committee on National Defense and Foreign Affairs of the Greek parliament. The agreement was approved by the majority. SYRIZA, ANEL and all the bourgeois parties voted in favor of the ratification of the agreement (note: the very same agreement had been rejected by the parties that form the current government in September 2014 in the European Parliament). The Communist Party of Greece voted against the agreement, while the fascist murderers and thugs of Golden Dawn also voted against it, in a hypocritical effort to pose as an anti-EU political force.

As for «prosperity», what the Deputy Minister is describing is the fall of the GDP of Ukraine by about 30% between 2013-2014 (from 183 billion dollars in 2013 to 131 billion dollars in 2014), with the World Bank estimating that it will fall further by 12% by the end of 2015. On the economic level, we are talking about the complete collapse of the economy (of course, at the same time Porosenko is becoming richer) accompanied by an overwhelming attack against the proletariat and its standards of living. This attack is imposed by harsh repression, silencing of any opposition, media censorship, fascist terror and simultaneous nurturing of the most vulgar nationalism to the population, so that its indignation can be directed away from the junta and towards the «external enemy who threatens the nation». The capstone of all the above is the war that Kiev has unleashed against the people of Donbass, which has resulted in thousands of deaths and millions of refugees and displaced people. This «prosperity» includes, as the icing on the cake, the appearance of polio which threatens to turn into an outbreak in Ukraine. Polio in Europe – in 2015. Is that the «prosperity» that Xydakis is talking about?

And the Deputy Minister continued: «real entrepreneurial and investment opportunities open up for Greek businesses, while it is expected that the exports to these countries will increase and that a significant improvement in the areas of transport and energy cooperation will take place«. So, if Greek capitalists are able to get a share from the further plundering of Ukraine, the left government has no problem whatsoever with supporting far-right war criminals and even presenting them as bearers of security and prosperity.

The central speaker of SYRIZA, Maria Triantafyllou, in a speech that is best described by the phrase “monument of contradiction”, stated: «I think that the Ukrainian crisis has demonstrated the full and fundamental weakness of the EU to work constructively as a force of peace and democracy in foreign affairs and I think that some specific points of the agreement with Ukraine could be seen as an oxymoron. For example, Articles 2 and 3 of ‘general principles’ refer to respect for human rights and fundamental freedoms, when there has been prohibition of languages and political parties. Of course, the prohibition of languages was cancelled […] These agreements must be ratified because they are basically in effect. They come in a very difficult time, in adverse conditions for the Greek Parliament and for other parliaments as well, and I think that the ratification by the Greek Parliament means that we accept for the time being the continuity of the European neighborhood policy […] Unfortunately, the war against Ukraine continues and to a certain degree it should be up to us, up to all the nations that are being plundered, to decide the conditions under which we will try to fight and build an international subject that will resist effectively, with a program and a proposal against the new generalized war that is being established and is just around the corner.»

It is almost impossible to follow Mrs. Triantafyllou’s train of thought. Is she proposing a front of oppressed nations against imperialism that plunders them? (Let us overlook for a moment the fact that the GDP per capita in Greece is seven times higher than it is in Ukraine.) If that is what she is proposing, she could not have found a better ally than the junta of Kiev – which is backed by imperialism! We wish her the best of luck in her efforts. We will discuss later about the efforts to build the «international subject that will resist effectively, with a program and a proposal against the new generalized war that is being established» through the integration of Ukraine into the camp of Western imperialism.

The main speaker of the other government party, Katsikis of ANEL, noted that «these agreements will contribute to enhancing stability, strengthening the rule of law and the respect for fundamental rights and freedoms«. The main speaker of the New Democracy, Koumoutsakos, strongly defended the agreement on the grounds of «respect of the popular will«. He stated that: «whoever undermines the will of the peoples of these countries to have a productive and substantial connection with the EU, seeing only capitalist plans etc, is simply wrong. Because he undermines the will of these peoples. Therefore, this relationship was formed because both parties wished to do so. Nobody imposed the promotion of these relations on anybody else«. According to Koumoutsakos, the coup through which the Kiev junta (which promotes the association agreement with the EU) came to power, after a reactionary movement with the support of the US and the EU overthrew the Yanukovych government because it froze the association process, is characterized as the “free will” of the Ukrainian people. Obviously, the same applies for the war unleashed by the reactionary regime against the people of Donbass, who reject the authority of the junta.

Of course, when government officials and bourgeois politicians use terms like “prosperity”, “security” etc, they use them in the content that has been given to them by Western imperialism: (security, prosperity, respect for rights and freedoms) = (within the camp of Western imperialism). And the aims of Western imperialism (without underestimating the existent differences within its camp) under the US hegemony include neither «security» nor «prosperity.» All they include is the update of the global hegemony of the US, at a time when its leading role is in crisis – with the law of uneven development systematically undermining it and with hitherto loyal allies taking different positions on important issues. The US can get out of this crisis only through the escalation of its aggression and the diminishing of the geopolitical role of its competitors. The imperialist coup (spearheaded by fascists) that took place last year in Ukraine and the efforts of encircling Russia should be viewed in this context. Similarly, the efforts of encircling China (with the infamous “US pivot to Asia”, the provocations against China with US warships entering territories claimed by China, the rise of Japanese nationalism and militarism, the increase in military spending and the revision of the country’s “peace constitution”) should be viewed in this context, as well.

The Kiev junta declares that it is fighting against «the Russian army» in Donbass. The Secretary General of NATO presents the exact same story. It is understandable that they have to somehow justify all the successive debacles that the Ukrainian army and the fascist battalions have suffered at the hands of the militia of the Peoples Republics of Donbass. This fact highlights the heroism of the people of Donbass and the unwillingness of the people of western Ukraine to fight this unjust war and become cannon fodder for the oligarchs, but it also has another dimension. And this dimension is the following: Article 5 of the North Atlantic Treaty states that an attack against one member-state of NATO should be considered as an attack against all member-states of NATO. If the efforts to create a «zone of security and prosperity in the eastern border» (as stated by Xydakis) succeed at a higher level, with the accession of Ukraine to NATO (so far it is not officially a member, but it wants to become one), the possibility of a war between all NATO countries and Russia would become much higher. Have the officials of SYRIZA thought about that? The continuing provocations of US imperialism against its main competitors (Russia, China) threaten to ignite a full-out war between the world’s major nuclear powers. Is this what SYRIZA wants?

Not long ago, SYRIZA posed as the bearer of hope (not only to the people of Greece, but also to other peoples who sought an alternative to eternal austerity), bringing panic to the bourgeois conclaves of Greece and Europe and threatening to undermine the international relations of Greek capitalism. This is no longer the case; Tsipras and his party are now perfectly aligned with the aims of the Western Empire, acting consciously as a partner (and an accomplice) to the Empire’s reactionary, criminal action. And they should be treated as such. 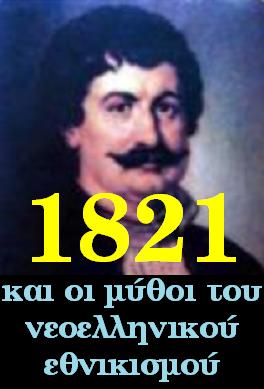